Ari Ends the Show Season on a Strong Note!

It's official! Ari finished his first year of Training level without one stop in show-jumping or cross-country this past weekend at the Waredaca Farm Horse Trials. Sheri and Ari competed in a very competitive Training division and ended up finishing in 8th place with a dressage score of  34.1. Way to go Sheri & Ari! This has been a great season for both of you, and we are very proud!

This past weekend, Southwind riders were out and about at various horse shows! They made us proud by riding very well!

Izzy Heemskerk and Nickles and Dimes competed at The Maryland Horse Trials and won their division on a dressage score of 26.5...not bad for the first event...way to go girls!!! 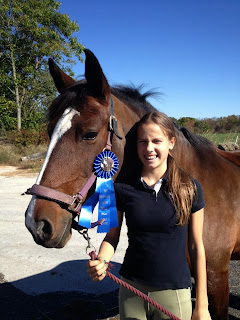 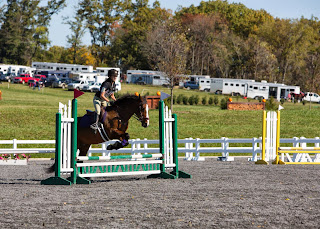 Lisa Austin and her horse, CMA Lookndownthebarrel, aka "Woody,"  did very well at MDHT finishing 3rd in the Novice-A division! Nice job! 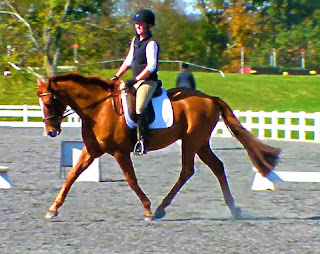 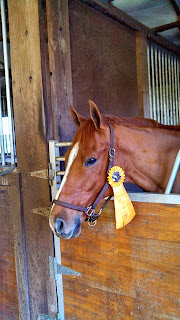 Also shout-out to the McBain kids: Sadie, Coltin, and Eliza who finished 5th, 2nd, and 6th in their divisions, respectively. Great job!!!

Carol  Schecter and Lisa Cliser were both in the ribbons at the dressage show held at Celebration Farm. Nice job ladies!!


Posted by Southwind Farm: Horse Boarding in Montgomery County MD at 9:48 AM No comments:

The rain has finally stopped and the sun is trying to peek out from behind the clouds. Hang on Damascus, Maryland, we may have a sunny week ahead!!

Today we would like to share a blog recently written by Southwind's owner, Sheri. She occasionally writes a blog for The Surrey Saddlery who is one of Sheri's sponsors. (You can check out The Surrey here: http://thesurreysaddlery.com/)

Anyways, we would love to share this great blog post with you entitled 'On the AECs and Where is Toga???'  Enjoy!

On the AECs and Where Is Toga???

Well our trip to Texas was a great success.  Ari didn't place, but he jumped the best he ever has.  I'd say that this was the hardest Training level cross country course I've ever ridden, as it should have been, almost a move-up Prelim course.  Questions Ari had never seen before he took in stride and all with a smile on his (and my) face.  GOOD fun.  After two days on the road, the third day ride was the best all week.  He felt amazingly loose and forward.  Every day after that was different, ending with Ari as a slug on dressage day, and me unprepared for it with a too short warm up and no whip.  At any other show I would have said "eh, that was OK" but this one I wanted some flash.  I wanted what he does when he wins the dressage.  But I didn't get it, so we started at the bottom.  At least I'm used to that :)  But it wasn't sooo bad I was definitely more disappointed in the score than the horse.

Like I said, cross country was challenging and fun.  It was HOT down there so we were lucky to go early in the morning.  The start was delayed because of the sun in our eyes (they didn't know that was going to happen???????????) and they had to redecorate the ditch and wall because we couldn't see it in the morning light (they didn't know that was going to happen????????) .  So after a lot of milling around and hurry up and waiting we were off over a true championship course.  Kudos to the AECs this year for providing what was, for me, the first championship level course I've ridden at a championship.  Thank you.


Show jumping was like being at Wellington (I was told) it was a GORGEOUS course with some of the most ornate standards I've ever seen.  Very nice, flowing course it rode so well and enabled directionally impaired riders like me to navigate around without the fear of making a wrong turn, without making it too easy.  Ari was quite impressed with the decorations and was a bit distracted at the first two fences, but after that he jumped like a big horse.  I'm so proud and can't wait to share the video when I get it.

Overall, the AECs this year were fun, at a great venue, but I sure wish they would do it later in the year down there.  There wasn't any shade, so watching the other divisions just about melted you.  We were so lucky to have the BEST stalls on the property (NOT telling) with the most shade available all day.  And Ann Adams and I had the BEST camping spot under a tree (also NOT revealing the location) If we go back we will for sure try to get those spots again.  We'll see!

As Ari and I were traveling, Toga was home with his eye patch on.  We are checking to see if his odd behavior is truly because of changes in his vision.  Well, I know we should take time to make SURE, but I am SURE he is tortured by that vision issue.  When I put on his eye cover, he instantly settles.  No spooking, no anger.  When I ride him, he is straight, confident, and only spooks off the eye he can see out of..  It's really strange.  I didn't know what to expect, but I did think he would be a bit nervous about what was going on on his left side that he couldn't see.  Oddly, it's like he just doesn't care.  I jumped him last week and he was completely confident and went to the fences straight and quietly.  Just jumped little stuff, but it was little stuff he had a meltdown about a few weeks ago.

So this means something has to be done about that eye.  My main concern at this point may seem silly, but I wonder if horses know when they are different in appearance.  If he doesn't have an eye, will he feel he is less beautiful than he is??  Will the other horses treat him strangely because he looks strange? I've seen them pick on horses with masks on, and watch them spook at little ponies on a daily basis.  So they recognize different. Toga is a beautiful animal -who knows it - with a big ego.  A bully already in the field, and grouchy to work around, I wonder if he will be more defensive if the others treat him differently.  Remains to be seen, I guess, because I think the best option is to remove his eye.  The surgery to try to fix it would involve three separate issues - removing the vitreal "junk", removing the cataract, and then lasering some holes in the front and back of the cataract (which I think they just take the inside out of it to start with) because of some thickness....it's pretty complicated and has been done so infrequently they can't even say what the odds are that it may work.  That in itself is bad odds for me.  Plus there is always risk of future issues with any surgery that leaves the eye intact.  Removing it totally is the sad option, but the safest.  I feel confident he will be a much more settled horse.  The doctor said most horses come back to the level they were at - fine with me what ever he gets back to!!
(http://networkedblogs.com/Q28b2)
Posted by Southwind Farm: Horse Boarding in Montgomery County MD at 8:28 AM No comments:

Exciting news!! Southwind Farm is hosting a Tack Swap and Sale on Saturday, November 9, 2013. The event will be from 9am to 4pm and tons of fun! It's $10 for a space to sell your items and will be BYOT (Bring Your Own Table).  Anyone who would like to sell items, please respond to Erika via email at ELJenkins39@gmail.com

Anything horse or farm related is welcome, and please spread the word and forward this email to all your equestrian friends!  Southwind is of course, always open for farm tours and any boarding inquiries should contact Sheri at  http://southwindfarminc.com/

Come out see the farm, and find some great deals on horsey stuff! Spread the word to your friends too! We hope to see you on November 9th!

Winter is coming... Ride in an Indoor!!

Fall is officially here and you know what that means.... winter is coming!! For those of you who are tired of riding outside in the cold weather & wind, or frustrated when you can't ride because the ground is too hard, come board with us at Southwind and enjoy the luxury of an indoor arena!!

Southwind Farm currently has a few spots open for boarders this winter. Come join the Southwind family and enjoy riding all winter in Maryland!

You can find out more information on our website: http://southwindfarminc.com/ or by contacting Sheri at: sherithornley@msn.com 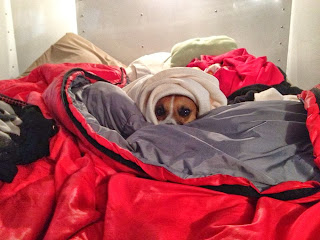 Spike says... "Winter is coming!! Be warm(er) in Southwind's indoor!"