Today we are continuing our 'Trainers of Southwind' series where each week we highlight one of the many different trainers that teach at Southwind. Up next is Carolyn Del Grosso!

Carolyn Del Grosso has been riding horses since the age of nine.  She joined the Seneca Valley Pony Club at age 11 and got her "B" rating and evented through the Preliminary level. She put herself through college teaching summer camp in Potomac and decided that the business world was not really for her after getting my MBA at the University of Maryland.
Carolyn started doing more dressage around 1980 when the horse she was riding at the time proved not very athletic over fences.  She trained and competed him to the Prix St Georges level.  Shortly thereafter it became apparent that in order to move up in dressage she would need to have an imported horse as the ones being bred in the United States at the time were just beginning to improve.
In December of 1984, with the help and support of some friends and her boss, Carolyn was able to import Arklicht, a Hanoverian weanling.  He arrived on Christmas eve of 1984 so they nicknamed him Kris Kringle.  She was able to get her USDF bronze, silver and gold medals on him and competed through the Grand Prix level.  They also did many demos over the years, sharing their love for dressage from the Cherry Blossom Parade to the Horse World Expo and beyond.

Carolyn continues to teach students from all disciplines and levels with a couple that have made it to the FEI level.  She has a laid back approach to progressing up the levels or just getting the student where they want to go. 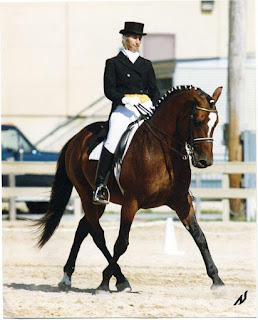 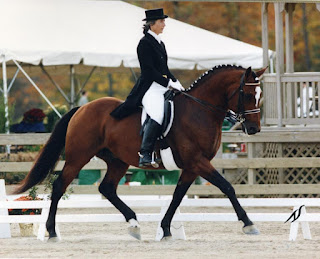 Today we are continuing our 'Trainers of Southwind' series where each week we highlight one of the many different trainers that teach at Southwind. Up next is Kelley Williams!

Kelley is an advanced level eventer that began her life with horses while attending summer camp at Camp Olympic in Rockville, Maryland.  After attending a few camp shows, Pat decided that mother-daughter riding lessons might be fun.  And the rest, as they say, is history.

After graduating from St. Mary’s College with a degree in Mathematics, Kelley began working for Dr. Will Engel of Ridgeview Veterinary Practice (large animal veterinarian).  Working at the practice has helped fine-tune her horsemanship skills over the years.  In addition, Kelley continued with her riding and competing, and soon found a love of retraining young horses off the track and teaching students.  That, coupled with her passion for eventing, led to her current career as trainer for A Bit Better Farm.

Known for her absolute dedication to her horses, her students, and her wonderfully supportive family, Kelley has developed A Bit Better Farm from a small family barn to a leading event facility.  Possessing an enviable amount of patience, she is a naturally gifted trainer and instructor who always seems to know what her pupils need, whether they be human or equine.  Kelley draws great gratification in her teaching and coaching, and firmly believes that she learns as much from her students as they learn from her.   To learn more about Kelley visit: http://abitbetterfarm.com/ 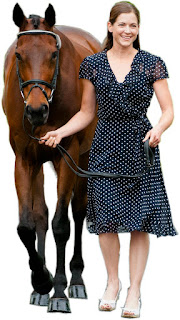 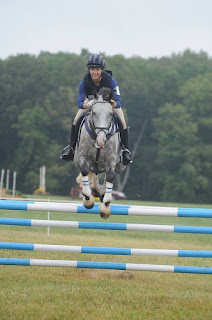 Posted by Southwind Farm: Horse Boarding in Montgomery County MD at 8:40 AM No comments:

We have a few more results to share with you from some of our boarders at Southwind. We love our boarders and are very proud of their accomplishments!

At the Seneca Valley Pony Club Horse Trials on September 4th:
-Cashell and Riva finished 7th place in the Novice Senior division with a score of 37.5 after a costly rail in show-jumping dropped them from 3rd to 7th place. But Riva did really well and jumped over the ditch bold and bravely (which is an improvement from last time!)

At the Maryland Horse Trials Fall Starter #1 on September 11th:
-Stacy Whitiak with Susan Lauffer's Bear With Me ("Teddy") had a clean cross-country round at Stacy's first Beginner Novice event!

Great job everyone! Stay tuned for results from Morven and a continuation of our 'Trainers of Southwind' series!
Posted by Southwind Farm: Horse Boarding in Montgomery County MD at 8:48 AM No comments:

We have a few things to catch everyone up on with the happenings of Southwind Farm!  First off, Sheri and her horse Toga finished 6th in the Professional’s Choice Master Training Rider at the American Eventing Championships 2016. They looked great and had fabulous jumping rounds. Way to go Sheri! 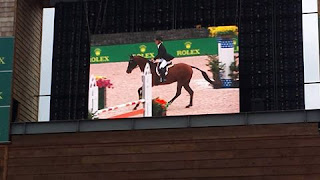 Sheri and Toga on the Jumbotron 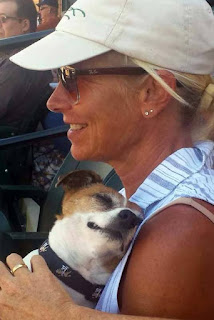 Also Sheri's daughter Addie is back at school and doing well at WVU! Sheri was able to go visit this past weekend and join her for tailgating and football. Looks like these two had fun! 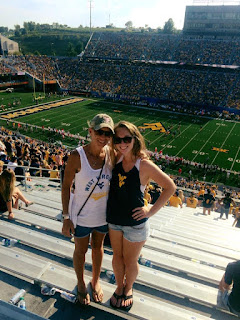 Also, don't forget we are still accepting new boarders!! Don't wait until there is snow on the ground to wish you had an indoor arena! Come check out Southwind today and see our convenient, indoor arena.
www.southwindfarminc.com


Posted by Southwind Farm: Horse Boarding in Montgomery County MD at 9:32 AM No comments: