Congratulations to Northern Light Farm (And some blizzard pics!)

We are really proud of Heather and the Northern Light Farm group, and wanted to let you know about some year end awards that they got this past weekend from WBTA and one earlier show series.
Samantha Steckel won the Adult Horsemanship on Simon (aka Northern Lights) for the second year in a row. She also won Reserve Champion in Novice Hunter also on Simon. Additionally, she earned High Point Amateur Rider of the year! She walked away with some pretty heavy hardware and ribbons as well. We are all very proud of her hard work with Simon. It was not the easiest road!

Beth Hosier was just as successful winning Champion in Novice Hunter on Cookies and Cream. Beth was also Reserve Champion in the Adult Equitation on Cookie.

Danielle Weingarten took Champion in the Low Hunter Division on Zahlencode (aka Katana). She also got fourth in Pleasure Horse after taking the show by storm in one horse show!

Lest us not forget in a different show series this year, Jessica Benjamin was also a success on her summer project Tiz Now. She earned High Point Rider at the Swan Lake Summer Schooling  Series show.

The Northern Light Farm Family and Heather Achen are all very proud of these riders as all their riders and wish Everyone a great and successful show year in 2016! 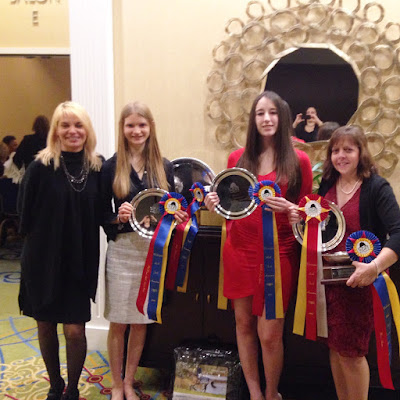 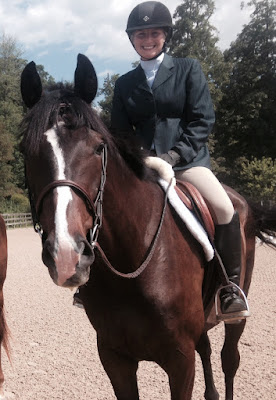 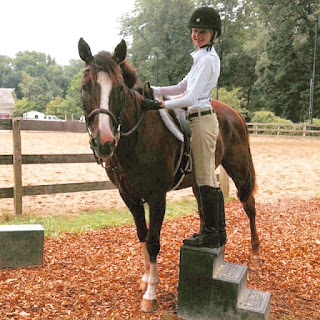 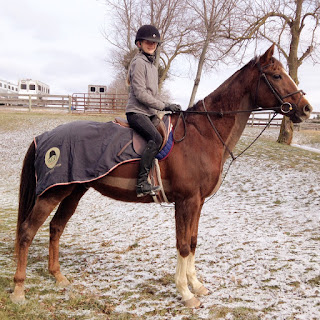 Also all of the horses and animals at Southwind are fine after the blizzard that came through here this past weekend. We got around thirty inches of snow here in Damascus and it's going to be awhile before everything is dug out and clear. 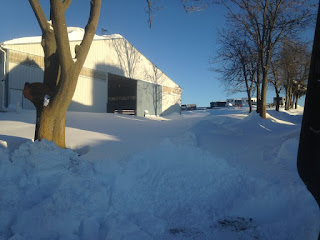 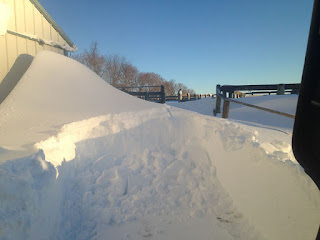 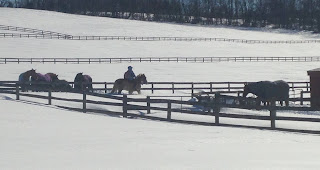 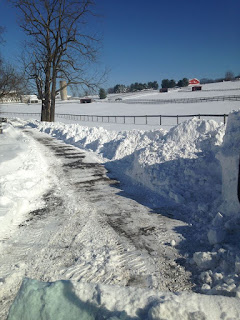 Posted by Southwind Farm: Horse Boarding in Montgomery County MD at 4:51 AM No comments:

Continuing our 'Boarder Spotlight' Series, today we are featuring Lauren Carey and her horse Jack!

1.) Can you tell me a little bit about your horse?
Jack is a 9-year-old off-the-track Thoroughbred. He stands 17.1 (plus a little) hands tall and I’m still not sure how they managed to cram his giant frame into a starting gate. He was an abysmal racehorse which thankfully makes him a great riding horse. I call him my “golden retriever trapped in a Throroughbred body.” He’ll do anything for a treat and follows me around like a puppy.

3.) What types of riding/competing do you do (if any)?
Jack and I just transitioned from the hunters to eventing. We went eventing for the first time this fall and Jack finished first in his Beginner Novice group at both shows. We’re hooked now!

4.) What is your favorite part about being at Southwind?
There are a lot of things I like about Southwind. I really enjoy the variety of rings and riding areas. The indoor is great when it’s cold and blowing and on nice days the two outdoors rings, the trails and the fields with cross-country fences are all great to play with. I also really enjoy the people of Southwind. There’s a great group of boarders and riders to chat with and the staff are amazing! 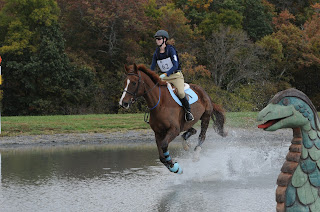 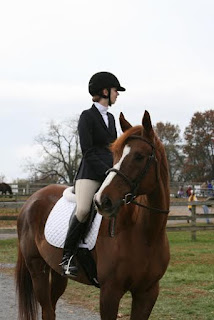 Posted by Southwind Farm: Horse Boarding in Montgomery County MD at 7:04 AM No comments:

As you know we have been running our weekly 'Boarder Spotlight' Series on here, and we want to continue highlighting all of our wonderful boarders! We have such a special group at Southwind so we need some more boarders to feature. Please email Sheri today or tara@mythiclanding.com to find out how you and your horse(s) can be our next blog feature!

If you are reading this and want to become a part of the Southwind Farm family, contact Sheri today at sherithornley@msn.com or visit: www.southwindfarminc.com for more information. We are accepting new boarders at this time and have we mentioned our indoor arena?? :) 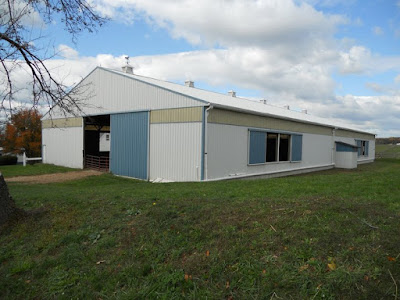 Now that the holidays are over we are continuing our Southwind boarder 'Spotlight Series!'  Today is about Holly and her mare Clementine:

1.) Can you tell me a little bit about your horse?
Clementine is a 10-year-old draft cross that I’ve had for almost 2 years.  She is affectionately nicknamed the 'Orange One' or referred to as a life-size My Little Pony.

2.) How long have you been at Southwind
I’ve boarded at Southwind since 2013, but I’ve been familiar with it for many years prior to that. Before I boarded here, I would sometimes come and ride my friend Karen’s horse Turtle when she
wasn’t available.

3.) What types of riding/competing do you do?
I guess one could say I’m an aspiring eventer (at least I try, haha!), but I also find dressage fun as well.

4.) What is your favorite part about being at Southwind?
I’m not sure I have one particular favorite part- there are lots of things!  But, if I had to pick one thing, I would probably just generally say the people.  This includes the staff and boarders alike.  I know that my horse is in great hands when I can’t be out to look after her, and it’s a great environment. 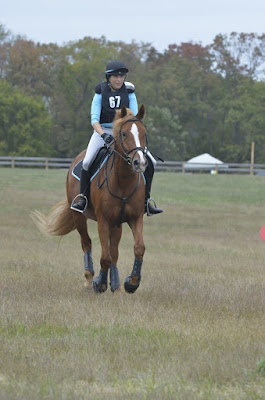 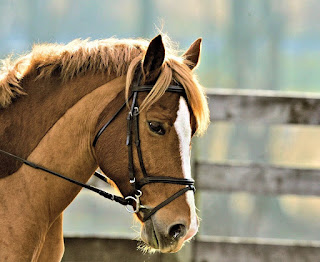